Diet and Exercise - for the health of it?

So I stop blogging for a couple of weeks because school became increasingly more difficult, and I come back and EVERYTHING'S DIFFERENT??!!!  Change and I aren't always friends, but I'm going to give this a chance because it looks as if I have no choice in the matter.

Anyway, today as I was completing my fourth final (one more to go and then this semester is OVER), I had an epiphany that  I knew I would have to share with you guys.

And it came to me in a crazy hypothetical question.


"If I knew that it was physically impossible to lose any more weight, and that I would have to accept my body looking exactly as it looks now, would I still work hard at improving my nutrition and exercise plan?"

...and I've actually had to consider my answer.

We all know what my answer SHOULD be.

Of course, it SHOULD be "Yes, obviously I would keep on working on my health even if I knew that my body wouldn't get any smaller."

But I honestly don't know.  I feel like I still am mostly motivated by weight loss.

This is probably why I failed at maintaining my low weight of 144 a year ago:  I want to lose weight.

Do any of you guys believe in the law of attraction? I definately do.  I don't want to get too  new-agey on you guys, but bear with me while I talk some LOA stuff for a bit.

It's my belief that if I keep on wanting weight loss, I will keep on attracting NEEDING to lose weight.  I need to change my goals around.

Instead of wishing for weight loss, I need to wish for optimal health and strength.  These are thoughts that I want to put into the universe, not thoughts of weight loss.  I always want to get healthy and strong, but I don't want to always want to want to lose weight.  Does that make sense?

Anyway, yes, I still have at least 15 more pounds until I get to my goal weight.  BUT, I'm going to start focusing on health first.  Hopefully, weight loss (FAT loss, anyway) will be a side effect of my healthy lifestyle.  I'm hoping that by changing my focus, I will be better prepared to maintain my weight loss this time around.

P.S.  The semester is almost over, so I should be able to post a bit more regularly again soon.  I miss my blogging!

Posted by Leah: Not Otherwise Specified at 2:14 PM 5 comments: 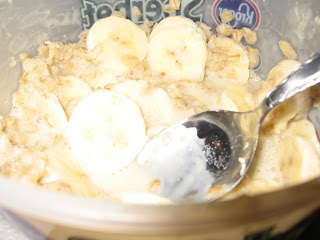 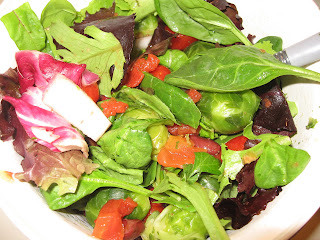 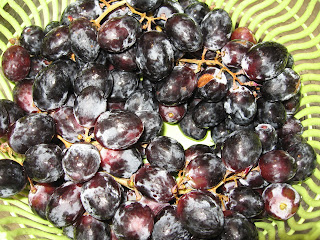 with a cup of these back seedless grapes!
not pictured: a snack of peach slices, a small banana, and soy milk. 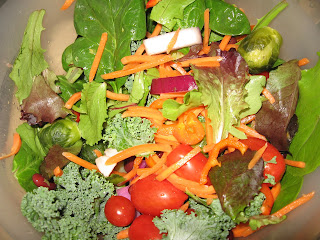 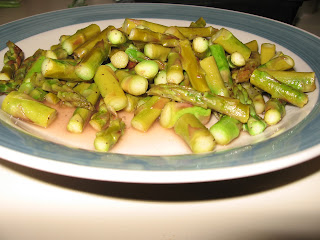 and a side of steamed asparagus!
Plus a few more grapes.  :-)
I tracked on My Fitness Pal, and this added up to just over 1200 calories.
Now I'm off to complete my late-night workout of Nordic Track skiing and stationary biking!

Posted by Leah: Not Otherwise Specified at 7:06 PM 7 comments:

I took this picture before the day ruined my makeup.  :-)  I'm growing out my short hair, mostly because as an unemployed person, keeping it short was too costly.  So yes, I have a bit of a mullet going on at the moment, LOL. I hope that you are all having fantastic days! 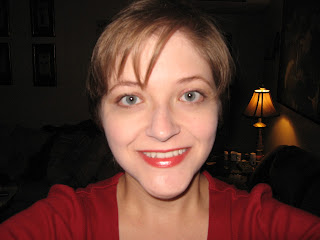 Posted by Leah: Not Otherwise Specified at 3:51 PM 1 comment:

I find myself constantly comparing my own body to those of the women that surround me. 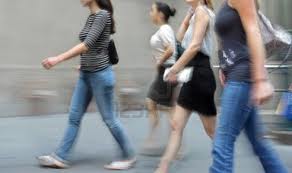 Whenever I walk around campus and see another female student, my mind immediately compares her body to mine.  Most of the time she comes out on top (better body than mine, wish I had _____ like her) but very occassionally I will "win" (worse body than mine).

And this is a habit that is so ingrained inside of me that I don't know how to fix it.  But fix it I will.

I have spent many hours of my life (probably days or weeks if all the time were added together) complaining about how women are more than just their appearance.  How women are strong, intellegent people who need to STOP worrying about their appearance as if it's the only thing that matters.

And yet, I myself am one of the objectifyers.  And it's WRONG.  And it STOPS now.

Like I said though, it's been something that I've been doing for such a long time now that it will be hard to quit.  I will have to make a huge effort to stop worrying about what other women look like, and to stop the compare and contrast game.  I recognize that it's extremely wrong and extremely hypocritical to have such a nasty habit (I would hate to think that the women that I am judging are looking back and judging me, too, but that would be karma wouldn't it?).

When did this start for me?  Honestly, it began when I was in  the deepest part of my eating disorder days, around age 19.  I went to the Pro-Ana websites back then.  Yep, I did.  I followed the "tips", looked at the "thinspiration", chatted with other "anas" and "mias".  One tip was to constantly compare your body to other women's bodies in order to not want to eat.  Yeah, it's a disgusting "tip".  But that is a part of my history that I wanted to share with you all.  Eating disorders are illnesses.  No doubt about it.

Today I started to do something that is  helping me with my objectifying issue.  Every time I started having thoughts about a fellow female's body, I immediately switched the focus to her insides.  "I wonder what her major is?" "I wonder what she likes to do outside of school?" that sort of thing.

Again, I'm sorry about this.  But it's true.  I have been objectifying women for years.  And it STOPS NOW.  I'm done playing the comparison game.  Moving on to playing the "in it for mySELF" game.

Posted by Leah: Not Otherwise Specified at 11:37 AM 4 comments: 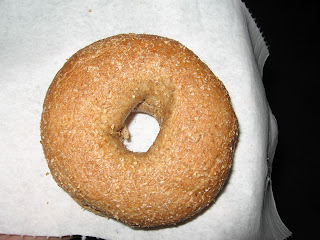 Breakfast was a whole wheat bagel and two bananas!


Posted by Leah: Not Otherwise Specified at 8:36 PM 1 comment: 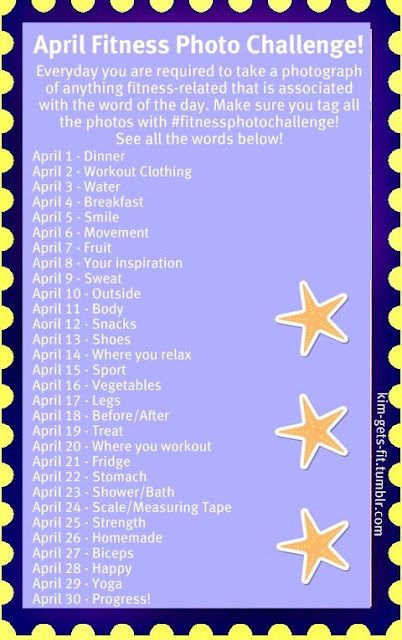 I've decided to try out a 30 day picture challenge just to help myself get back into the habit of regular blogging.  I blogged 5 times in March, which is pathetic!  Yes, I'm busy but I love my blog and hate neglecting it.  So, I will blog once a day in April, and sometimes it will only be that day's picture, but other times I will post more substantial things.  :-)  I hope you enjoy this series, I know that I will!

Today is the 3rd, so I will go ahead and do the first 3 days photos today. 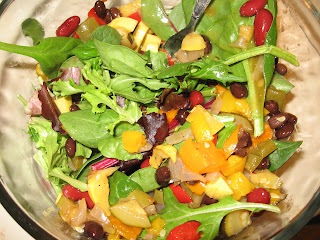 This was my dinner: Zucchini, bell peppers, kidney and black beans, and a lot of greens! 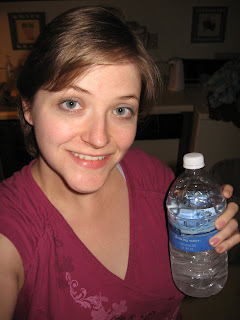 Two in one:  me wearing my workout clothes and holding my water, right before I got on the Nordic Track!

Posted by Leah: Not Otherwise Specified at 9:18 PM 2 comments: 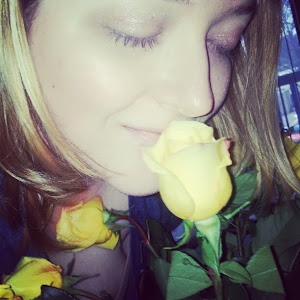 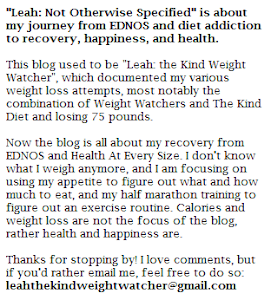 Stuff to check out!

Promote Your Page Too

Some Other Pretty Cool BLOGS!!!